00:00 Despicable Me 4
So far, we are still eagerly awaiting the animated sequel “Minions – The Rise of Gru”, which has been postponed several times and is scheduled to hit theaters next July. Universal Pictures and Illumination have now jointly announced that they are already hard at work on further sequels from the “Minions” universe…
https://kinocheck.com/news/gcd74v

01:00 Meg 2: The Trench
Director Jon Turteltaub scored a real hit in 2018 with “Meg”. The blockbuster about the extinct giant shark Megalodon was able to convince viewers worldwide with sometimes simple, but still captivating action. The hype around “Meg 2” is correspondingly great, where we recently received further information about the cast…
https://kinocheck.com/news/zmleed

02:15 Thor 4 - Gorr & Mighty Thor
After we already got early glimpses of certain outfits and scenes by various toymakers in “Spider-Man: No Way Home”, it seems to be similar for the upcoming “Thor: Love and Thunder”. In particular, the focus is on lead actor Chris Hemsworth and his two colleagues Natalie Portman and Christian Bale…
https://kinocheck.com/news/1th2ko

03:46 X-Men in Doctor Strange 2?
Disney’s next MCU movie, Doctor Strange in the Multiverse of Madness, will finally be released in theaters in May. Especially after the second trailer, which was shown for the first time at the Super Bowl, many fans can’t stop speculating. In the original version of the second trailer, for example, you can hear a voice that sounds suspiciously like Patrick Stewart as Professor X…
https://kinocheck.com/news/3tker6

04:49 The Terminal List
Last year, “The Tomorrow War” was the first collaboration between Chris Pratt and Amazon Prime Video. As has now been officially announced, Pratt’s next Amazon project has already been given a new start date. It’s the thriller series “The Terminal List”, which revolves around Navy SEAL commander James Reece…
https://kinocheck.com/news/nh2uic

05:36 Stranger Things Season 4
Fans of Netflix’s mystery hit “Stranger Things” have had to be particularly patient in the past concerning the new season. Now, however, there is finally reason to rejoice: As the two “Stranger Things” creators Matt and Ross Duffer recently announced in a letter, the fourth and presumably penultimate season will soon be released…
https://kinocheck.com/news/447b0e

07:35 Fallout Amazon Series
In the gaming world, “Fallout” has been a household name for almost 25 years. Now the franchise could also manage to conquer the hearts of fans in a series. So far nothing new, but after many months of uncertainty, we finally know the first actor signed on for the Amazon project…
https://kinocheck.com/news/ovm17p
Most popular movies right now ➤ https://amzo.in/bestsellermovies | Most wanted movies of all time ➤ https://amzo.in/wishlistmovies

Thumbnail based on an Artwork of our buddy https://instagram.com/rivansamuel 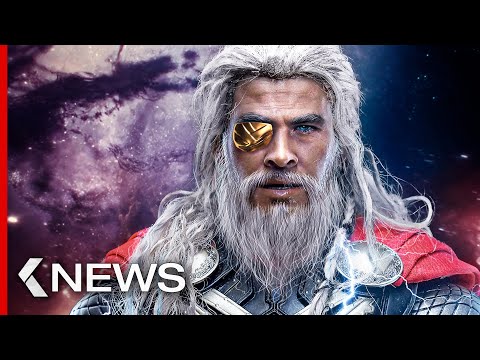 This time in the #KinoCheckNews "The Terminal List", "Fallout Amazon Series", "Despicable Me 4", "Doctor Strange in...