00:00 The Mandalorian Season 3 und Obi-Wan Kenobi Series
In recent days, there has been a lot of speculation surrounding the production of the third season of "The Mandalorian", as a set employee posted a picture via Instagram announcing the end of shooting. When the post was deleted shortly thereafter, it only further fueled the rumors about the conclusion…
https://kinocheck.com/news/piuv0a

02:07 The Witcher Season 3
Fans of "The Witcher" were happy to get an announcement about the third season this week. As the official Twitter account revealed based on two pictures, the production is well underway. One image shows the filming set in a snowy location, while the other one presents the first official synopsis of the season…
https://kinocheck.com/news/k710e1

03:43 Squid Game Season 2
Last year, the South Korean Netflix series "Squid Game" suddenly became one of the most popular and successful series of all time. After the relatively open end of Season 1, "Squid Game" creator Hwang Dong-Hyuk shared his thoughts on the planned start of the new season in an interview at the annual MipTV in Cannes…
https://kinocheck.com/news/7xail7

04:39 Sherlock Holmes Spin-Offs
A veritable "Sherlock Holmes" hype dominated film and television between 2009 and 2017. First, there was the famous series starring Benedict Cumberbatch that ran from 2010 to 2017, and second, the two movies starring Robert Downey Jr. in the role of the master detective were released in 2009 and 2011…
https://kinocheck.com/news/41yehs

05:42 Ezra Miller scandal
Due to movies like "We Need to Talk About Kevin" and "Fantastic Beasts", Ezra Miller became the Hollywood star he is today. In the past, though, Miller rarely stood out for positive publicity…
https://kinocheck.com/news/v6mnrb

07:29 Star Trek: Picard
"Star Trek: Picard" showrunner Terry Matalas recently announced in a press release that the upcoming third season of the series will be the final one. Moreover, there was the big news of a reunion of familiar faces from "Star Trek: The Next Generation"...
https://kinocheck.com/news/1h9v9v 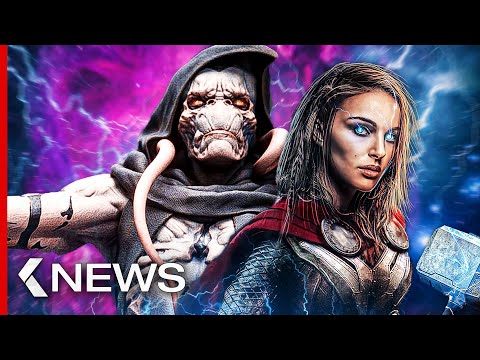