00:00 Morbius starring Spidey villain?
Actually, Marvel's "Morbius" was to be released at the end of January, but unfortunately that's not going to happen. As those responsible announced a few days ago, the film is now to be released on April 1, 2022, more than two months after the originally planned date. The idea for the blockbuster, which is peppered with many horror elements, originally comes from Marvel, but in cinematic terms it is part of Sony's Spider-Man universe…
https://kinocheck.com/news/igch5f

01:39 The Umbrella Academy Staffel 3
Since 2019, the superhero series "The Umbrella Academy" has been captivating fans with its black humor and quirky characters. After the release of Season 2 in July 2020, there are now increasing demands for a third season. The follow-up has been in production since November 2020 and is now coming into focus with new character posters. The action is to be set in the "Hotel Oblivion"...
https://kinocheck.com/news/5pqkwu

02:56 The Flash leaks
Actually, DC's "The Flash" won't be released in theaters until November, but there are already a few rumors circulating that pack a punch. There is a risk of spoilers here, as the leaks contain far-reaching information about "The Flash" and the future of the DCEU - if they prove to be true, of course. We cannot yet be too certain, but at least the well-known leaker "MyTimeToShineHello" published some information about "The Flash"...
https://kinocheck.com/news/x0vpdn

04:23 The Devil in the White City
Keanu Reeves is starring in "Matrix: Resurrections" which is currently in theaters. Especially die-hard fans of the now four-part film series were pretty disappointed by the story and it is not doing much better at the box office. The reasons may be debatable, yet for Keanu Reeves it will definitely continue with the production of "John Wick 4", while another project with Reeves in the leading role could soon be on the horizon as well…
https://kinocheck.com/news/8au3j8

06:06 Star Cast for Oppenheimer
The anticipation for Christopher Nolan's upcoming film "Oppenheimer" is already evident, almost a year and a half before release. One of the most important reasons for this is the cast, which is bursting with well-known stars. So far, a number of names have already been confirmed, including Cillian Murphy as controversial scientist J. Robert Oppenheimer…
https://kinocheck.com/news/jkc0ws

07:30 New Hollywood Biopic
After several appearances as Captain America in the MCU and as Hugh in the crime film "Knives Out", US actor Chris Evans could soon be ready to make his next move. According to Deadline magazine, the 40-year-old Evans is currently in talks for a leading role in an as yet untitled biopic…
https://kinocheck.com/news/052roh 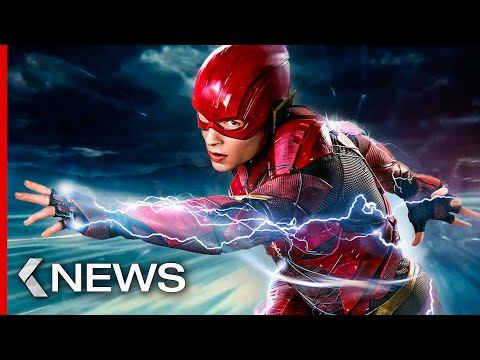 This time in the #KinoCheckNews "The Flash", "Morbius", "The Umbrella Academy", "Oppenheimer", "The Devil...