00:00 Horizon 2074
It has not been that long since Netflix officially revealed the production of a series based on the popular video game "Horizon Zero Dawn". As can be taken from the website of the Canadian film union "Directors Guild of Canada", the Netflix series bears the official title "Horizon 2074" and will be shot in Toronto. Also featured on the site are the first crew members…
https://kinocheck.com/news/safqmq

01:16 Indiana Jones 5
The release of "Indiana Jones 5" is still about a year away. Nevertheless, the farewell of two Hollywood legends is already approaching. One is film composer John Williams, who hinted at his retirement in an interview with AP. He revealed he was currently working on "Indiana Jones 5" and would most likely turn his back on composing for films afterwards…
https://kinocheck.com/news/34fbwl

02:27 Obi-Wan Kenobi sequel 2
In late May, the "Obi-Wan Kenobi" series was released with great success on Disney+. "Star Wars" fans in particular, who enjoyed Episodes I to III, are likely to find the series very appealing. Now, some fans are completely satisfied with this one season and do not want the storyline to be dragged on. Others, however, are quite fond of the idea of a second season…
https://kinocheck.com/news/a1qhty

04:04 Deadpool 3
It was only recently that we reported on the upcoming "Deadpool 3" and the statements made by the two screenwriters Rhett Reese and Paul Wernick. They expressed confidence regarding the third installment, even though not every single joke may be approved by Disney. Now the two authors had a chance to talk in the Post-Credit Podcast…
https://kinocheck.com/news/adg5ef

05:29 James Bond sequel
There is hardly any action film series that enjoys such a cult status as "James Bond". The British spy, who was created by author Ian Fleming in as early as 1953, has been part of movie history since 1962. Now, ever since "No Time to Die", it has been made clear that Daniel Craig will no longer be taking on the role of the 00 agent…
https://kinocheck.com/news/udywnm

06:38 Ghostbusters: Afterlife 2
Sony Pictures achieved significant success among both critics and fans last year with "Ghostbusters: Afterlife". The new installment impressed especially those who already liked the original from 1984. Now a sequel seems to be in the works, which might be released in the near future…
https://kinocheck.com/news/nego6n 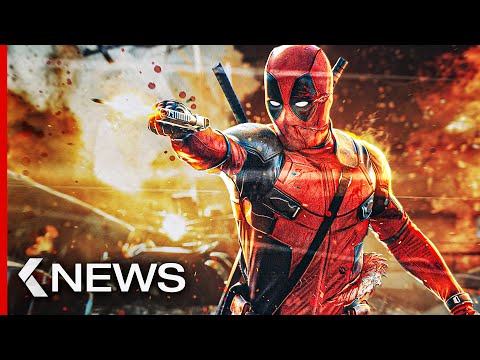