00:00 Golden Globes
In the night from Sunday to Monday, it was that time of the year again: The Golden Globes winners were honored for the 79th time. A special novelty this year was the digital award ceremony without any glitz and glamor, instead the winners were announced quite unspectacularly via social media…
https://kinocheck.com/news/eo0bb2

01:25 Turning Red Release
On Friday last week, the Disney+ Twitter channel published that the upcoming Pixar movie "Turning Red" will be released on the streaming service only and not in theaters. The reason is likely to be the ongoing pandemic, which makes it difficult for very young viewers in particular to watch the film in movie theaters upon release due to possible restrictions…
https://kinocheck.com/news/a8vy14

02:45 The Batman: The Villains
"The Batman" fans won't have to wait much longer for its theatrical release. It is therefore all the more pleasing that we are regularly receiving new images from Warner Bros. during the important promotional phase. In the last few days, some new pics have appeared, on which not only two well-known villains, but also the Dark Knight himself can be seen…
https://kinocheck.com/news/qhtms2

04:41 The Boys Season 3
Last winter, Amazon started production on the third season of "The Boys". Now it is finally known when a season start can be expected. To the joy of many fans, the waiting time is kept short, because the season will be available on Amazon Prime Video as early as June 3, 2022…
https://kinocheck.com/news/u3vyux

06:07 Final Destination 6
Most people are familiar with the "Final Destination" movie series. Especially in the 2000s, the brutal and sometimes somewhat trashy films enjoyed great popularity. The fifth and last part was released in 2011, more than ten years ago. Now the ball seems to be set rolling for a new installment…
https://kinocheck.com/news/pvdv9d

07:07 The Raid Remake
So far, there are two movies in the Indonesian action series "The Raid". The last one was released in 2014, again directed by Gareth Evans. Fans have been waiting for the announced remake for quite some time now, and as Deadline reports, it is gradually moving forward. Streaming giant Netflix recently acquired the rights to "The Raid" and announced a few new additions in the process…
https://kinocheck.com/news/1qrhl9 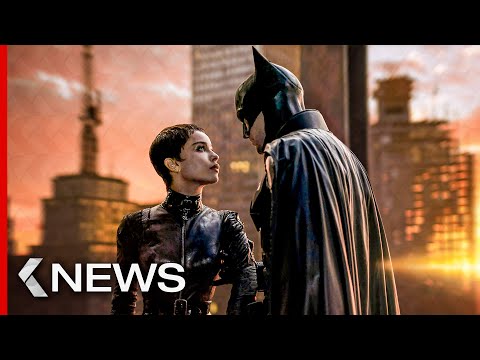